We all woke up early today around 6 and headed out the door around 7:30. The weather was cool and we were cruising.

New jersey though… Is quite beautiful.

Hiked most of the day by myself. One of those days where I just wanted to be alone hiking.

I came across a pretty stellar old fire tower…

I ate lunch here around noon and realized that the shelter we planned to stay at was only 8 miles away.

Like I said we were cruising. So I knew I wasn’t going to want to be done hiking around 4.

Around this time powerade met back up with us and let us know about the next shelter and Marcia lake that offers food, showers, and a lake.

I was sold. It would make for close to 28 mile day but the terrain was pretty easy. I was sure I could manage.

I hiked some with powerade and we ran into a ridge river.

He asked if it was alright to hike and chat with us and of course we said yes.

He gave us some gems to look forward to further north. I wanted to stop and get out and jot it all on pen and paper.

I’m stoked for Maine for so many reasons!! One of them is being able to swim almost everyday! 🙂

Right before the lake they had a huge wooden outlook to the high point lookout. The lookout was built in 1930 as a war monument and the highest point in new jersey.

I took the side trail that brought me to the opposite side of the lake. It was extremely pretty…

But Opposite the concessions stands and showers. So I spotted a marked path that seemed to go right on the out skirts of the lake.

Oh this is fine.

By the time I was getting scratched up by thorns and going through the thick trees like a jungle gym I realized it was too late to turn around and continued to press on. The path was still there but was not taken care of. So my legs have a ton of battle scars.

I made it in the knick of time for a shower as the facility was about to close. The concession stands had just closed but I wasn’t mad because the food was way over priced.

The shower was huge and even had warm water…

That was enough to make me happy. ☺️

From there I headed on A half mile to the shelter to wrap out the day. There was still plenty of sunlight left. What a day!

Looking forward for the rest of new jersey.

Sleep…I had wished it would have gone differently. Weirdly had alot of energy even after a 27 mile day.

It took a while to fall asleep and woke up at 5.

Headed out and immediately New Jersey… I heart you.

The trail led us through multiple pastures and farms. 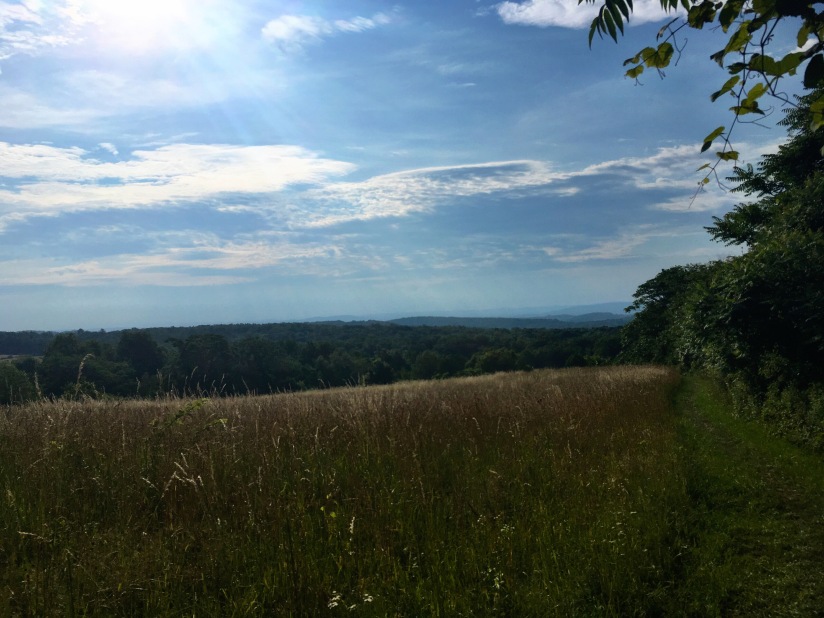 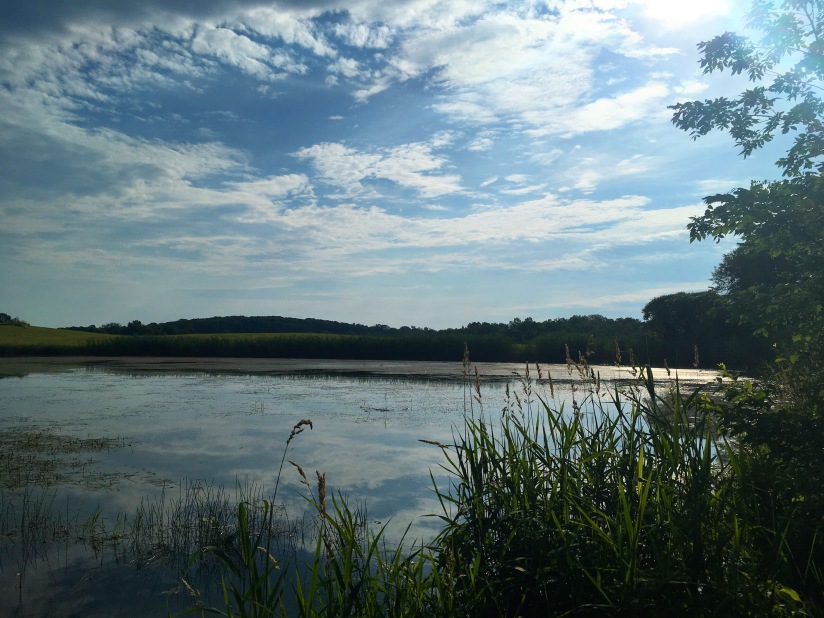 The terrain is slowly starting to increase in hills.

Its kind of nice to get the blood pumping hard again.

Today was humid and hot. I was a puddle of sweat.

Later in the day the trail  took me through Wallkill national wildlife refuge.

I am in love with where the white blazes take me. 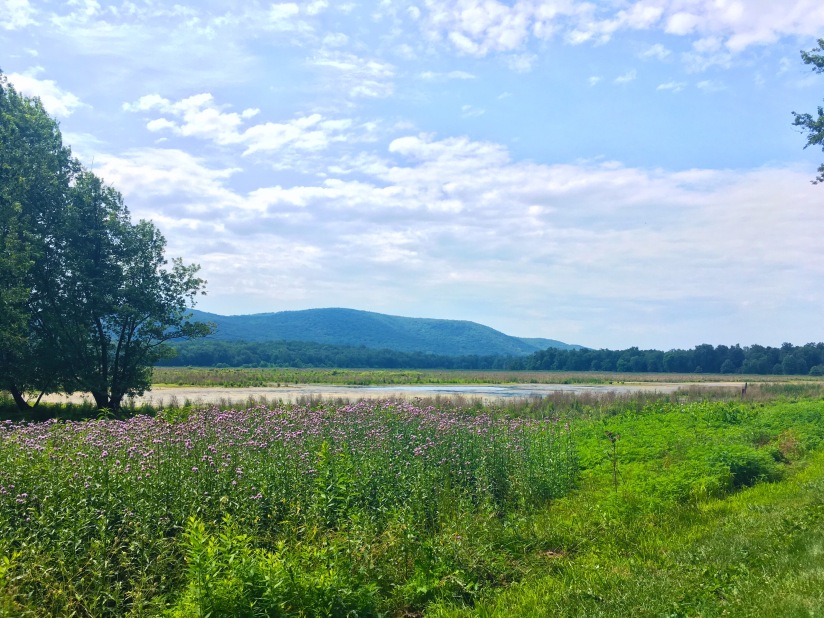 Towards the latter part of the day the trail went on the famous board walk that I had heard such good news about.

It was definitely not a let down. I fell in love with jersey right then and there. 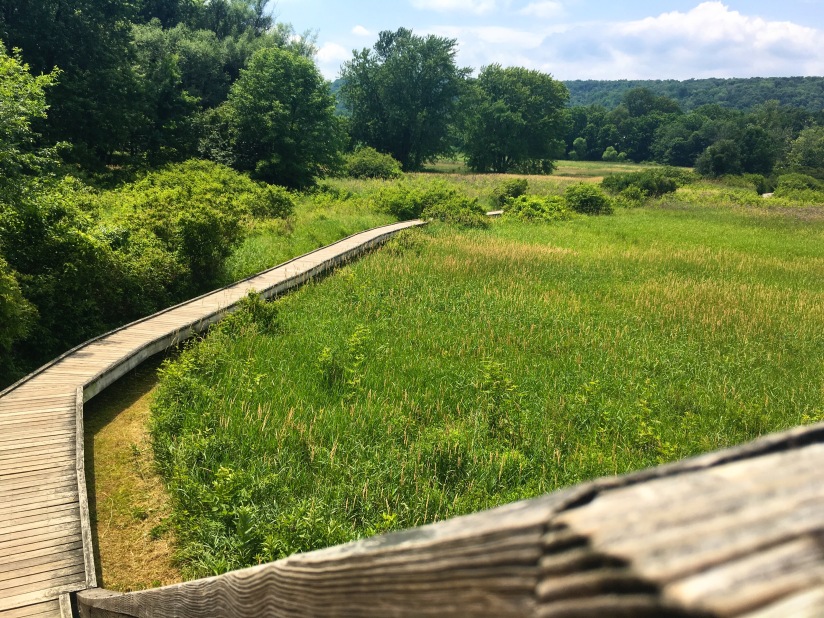 The board walk lasts about a mile.

A few miles after the trail went through a farm with some cows. They were standing in my way and would not budge. 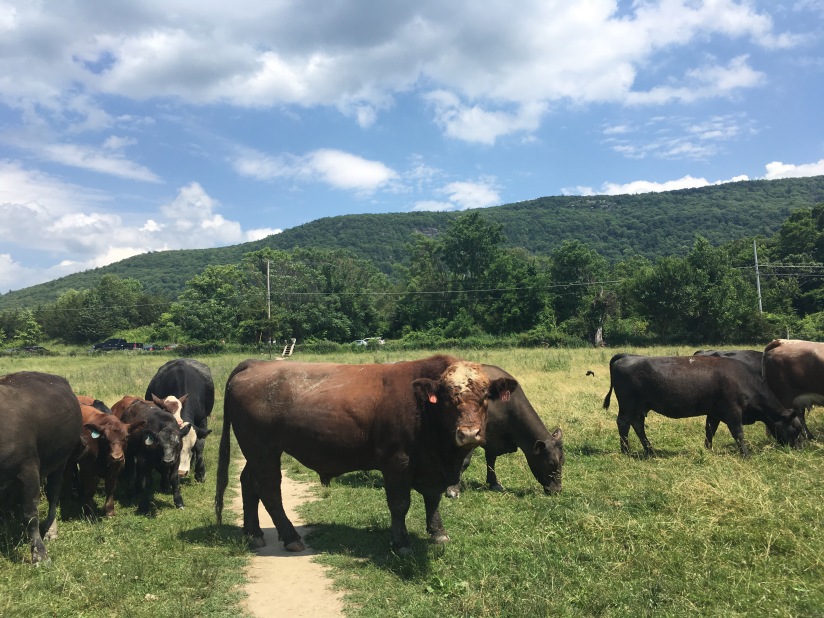 I got a little nervous because big papa just stared me down. I imagined him asking what the secret password was.

Finally they moved to the side and let me through. Thank you!

I came to a crossing and just a short ways down came to a grocery store that had homemade ice cream and a whole bunch made from scratch goodies.

Even after a half gallon of ice cream… I still want more. It is my true weakness.

I did a little happy ice cream dance when I saw all the flavors and the cashier got a good chuckle.

I ate and hung out with powerade and Alex then trudged on in hopes to beat the storm that was nearing.

I had 5 miles and made it and set up my tent with a little bit of time to spare.

Alex and I soon realized we made the wrong decision to not stay in the shelter.

As soon as the storm rolled in water was collecting around my tent. I was in the puddle zone… CRAP. Alex and I decided to abandon ship and leave our tents and take our stuff to the shelter.

I truly dislike the shelters but I knew I wouldn’t be able to sleep in a puddle.

So hopefully I can sleep! 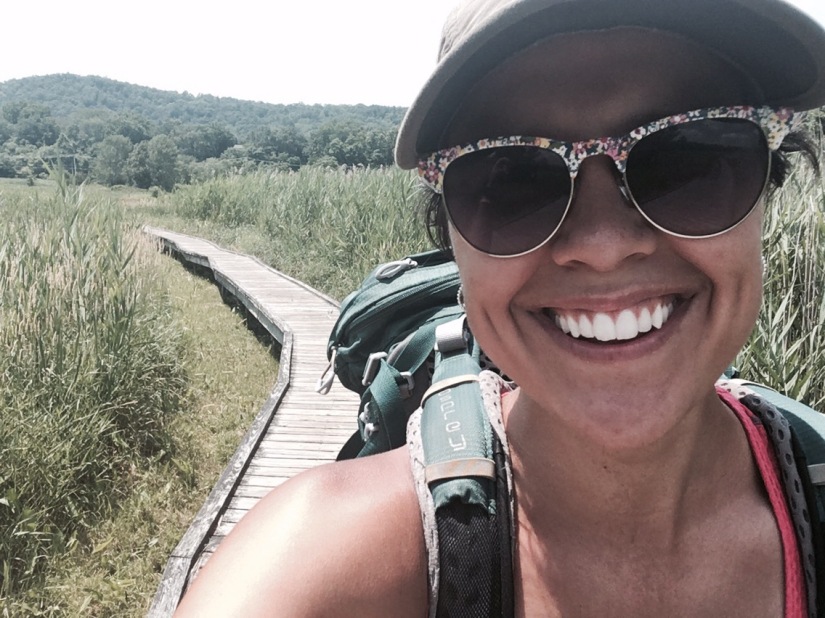