Slept hard last night. Which is always the best thing.

Naturally when the time came I didn’t want to get up. But once up. I was ready to go.

We made great timing and took the train to the city. I was unsure how to feel. Excited, tired, and nervous. 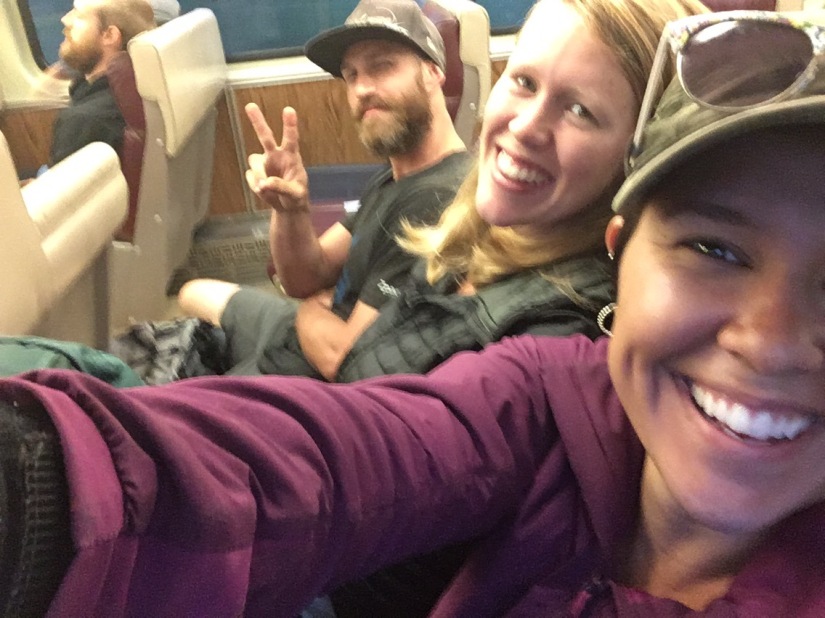 The ride was only about 2 hours long and we made it around 7.

Once off we headed for our hotel near time square so we could leave our packs and explore the city. The man who was checking our bags in was a hoot. He asked why we had these bags and we told him we were hiking. Later he asked where we are all from and then he responded never mind you guys are from Nature.

We laughed and I liked the sound of it.

It was a little bit unreal. I couldn’t believe I was there. All the shows and movies I have seen that are filmed there and now finally I get to see it for myself.

I really wanted to stand where they film good morning America with our packs on. We would for sure been asked what we were doing. But they weren’t filming at the time.😆

Initially when we first started walking around there was people, but not a crazy amount. As the day progressed… The more people came out.

We decided to walk to breakfast first and then walk south to see the sights. Colby Jack and Powerade had both been before so they had a different agenda than us so we split for the day.

So fast paced this place is!!

Even ordering breakfast at a café. You have to be quick so they can get to the next person. The cashier is constantly yelling out “next” in her high squeaky voice.

I got an omelette and a cinnamon roll. They were quite delicious. 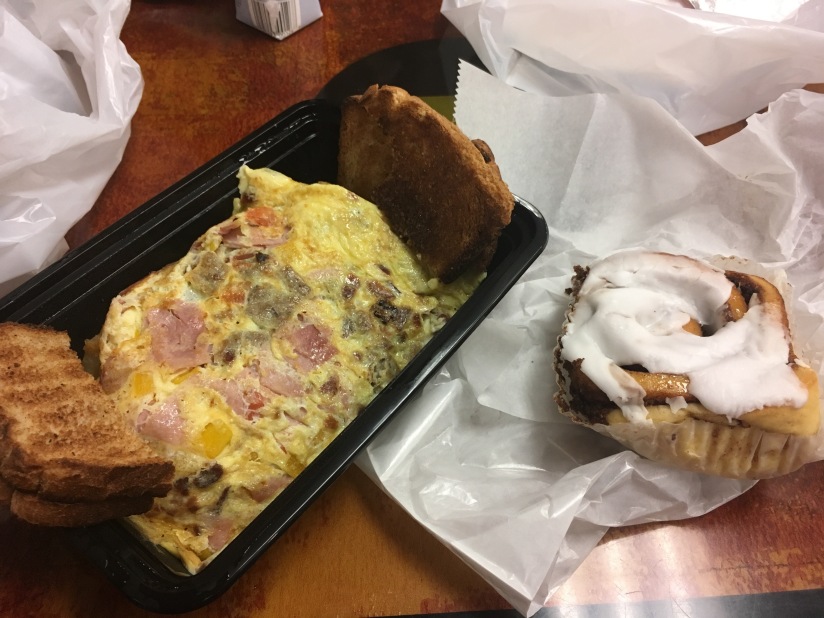 It was pretty intense walking in nyc after being on the trail for 3 months and my sense of smell was heightened.

I was smelling so many different smells. I felt like my nose was going haywire.

Smells of good food, to peoples cologne that are passing by, to stinky sewer smell. It was all over the place. I wondered if this was how a dogs nose was.

Full bellies we were ready to tackle the day.

Our first goal was to get to the statue of liberty.

On our way we saw a movie being filmed. It was quite hilarious as we came up we saw people huddled around and we thought it was an accident or something.

Then we got closer we saw a man laying on top of a crashed car like he was dead, another man standing with a cut on his face and then a ton of camera men and people on walkis talkies and head phones..

No way!!! We kept looking and some man pushed us on asking us to get away from the filming area.

We laughed and kept moving.

We arrived at Battery Park and far far away you could see the statue of liberty.

Hmm… I was not satisfied.

So we took a ferry ride over to the island and were able to get way closer.

It was insane to look at. I probably could of sat there for a while just gaping at it.

But we had other things to see.

From there the ferry took us to Ellis Island which was a bit unreal.

Planner was extremely excited to be there.

Then we headed back in. Next we went to see the World Trade Center memorial.

I kept trying to imagine 9/11 in my head. I couldn’t. It was truly unbelievable.

Next was to head to the Brooklyn Bridge where we had a little detour.

As we were walking there was a group of boys playing loud music.. Ok they are about to do some kind of performance. So we hung around.

They eventually started to get the show going and made us all come super close around them. To naturally get a bigger crowd.

The men were break dancers and could do really neat moves.

Then…. They stop the music and say they are about to do some move but need to get someone from the audience..

Yeah….. Great. The man comes and picks me “A sexy diva” and makes me stand in the middle of the area.

He then tells me to bend down my head and not to move.

Naturally I thought he was going to try and jump over me.

So this is my what the heck is about to happen look.

He makes multiple jokes then adds 4 more guys and his final performance is jumping over us all.

They were quite hilarious, it was a blast watching them.

From there we then went to the bridge.

Quite gorgeous it was.

Just imagine her laughing and saying “are you serious?!” and me replying “yup. Lets go.”

We balance each other out nicely. 😂😂

We then walked through China town and little Italy.

Even stopped by their REI which was huge

It was so neat to explore these parts but by then I was ready to get back to the hotel.

We had walked probably close to 12 city miles.

So we got a pizza and beer and headed back.

Our hotel room is nice and even has a view.

We took showers and lounged around for a bit before heading back out for ice cream and seeing time square at night.

Such a full busy day but well worth it to see the sights.

I could probably sit somewhere and people watch just like I did at the lake.

Yes I had some of the same feelings I did in D.C but I was more prepared this time.

We will explore again tomorrow for half of the day then take the metro back to  Pawling!