I woke up this morning to Woodpile thrashing about at 6:00 sharp. What is this fool doing?!

Woodpile, let me tell you…is the laziest, fastest hiker I have ever met. He will say so himself too.

Therefore, he is never the first one up, he is always last up and out but beats us all…Unfair!!

Anywho, for whatever reason we all woke up earlier than the past few weeks.

It was a chilly morning with clear skies.

We had three medium sized mountains to climb for 5 miles, then it was flat city!

I was feeling good.

I made it there quick and could not believe I was looking at Katadhin all in the clouds.

I flew down the decline from white cap Mountain and quickly realized I was going to be at camp extremely early if I kept the pace I was going.

So I started to slow down.

I wrote for a while…

I found a sign that said “Sandy Beach” and pointed left.

No way. I walked the extra .1 and found myself going through trees that opened up to an oasis.

Summer Breeze was just leaving when I rolled in.

This is amazing. So I sat my butt down and enjoyed some rays and the calm waves.

A little while later I continued on. I didn’t know where the boys were but figured they were in front of me per usual and at the next shelter that had a waterfall and swimming hole.

I made it there with no one from my crew in site.

Hmm… That’s strange. I was for sure that they would be here.

Oh well. I enjoyed the view, took a nap in the shelter and let an hour roll by.

Hmm.. Still no sight of any one. Maybe they are ahead of me?

So I started the trek to our designated camp spot for the night which consisted of 4 miles.

I put my head phones in and belted out to some songs as I danced down the flat trail.

I still had plenty of sunlight left so I was walking slow hopping from rock to rock.

Southbound and Powerade made an appearance behind me and I asked them where my crew was. (Hoping they didn’t see nor hear me)

They knew planner was behind me not far back and that the boys were probably ahead of me.

Ok! Sounds good, Ill hang out for planner since I hadn’t seen anyone for hours.

Planner came not too long after and we hiked together to camp.

The boys were definitely there already.

For some reason I had just thought they would of hung out more at some spots.

Oh well, I had a good day meandering in the woods. It was quite relaxing to say the least.

Last night the crew spent the night around a camp fire talking about this and that.

Enjoying our last few nights together.

This morning was rather chilly. Maine is so cool so early!

The past couple of days we had actually started a little fire again in the morning to help us get warm during breakfast.

The first half was nice and flat and we hit another sandy beach after 6 miles. 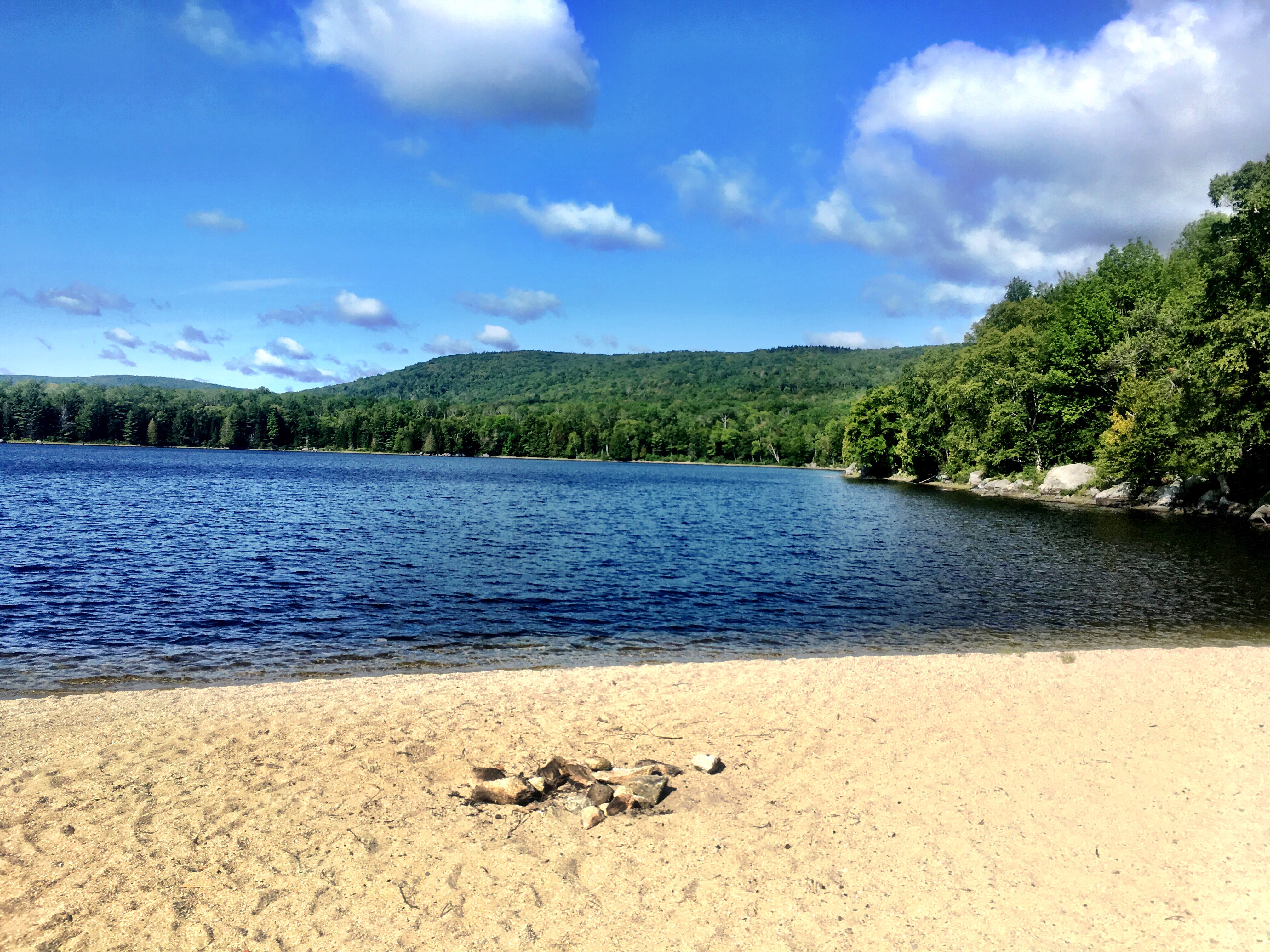 It was perfect. Absolutely perfect.

But it quickly diminished our motivation to hike.

We wanted to stop there to spend the day but the truth was…we had to keep pushing because our food is extremely limited.

The second half of the day proved to be more up and down than expected.

Katadhin is becoming closer and closer and multiple views give wide openings to it.

We arrived to shelter later than usual and were quick to bust out our dinner.

I’m looking forward to these next few days of lower mileage and getting some town food tomorrow!