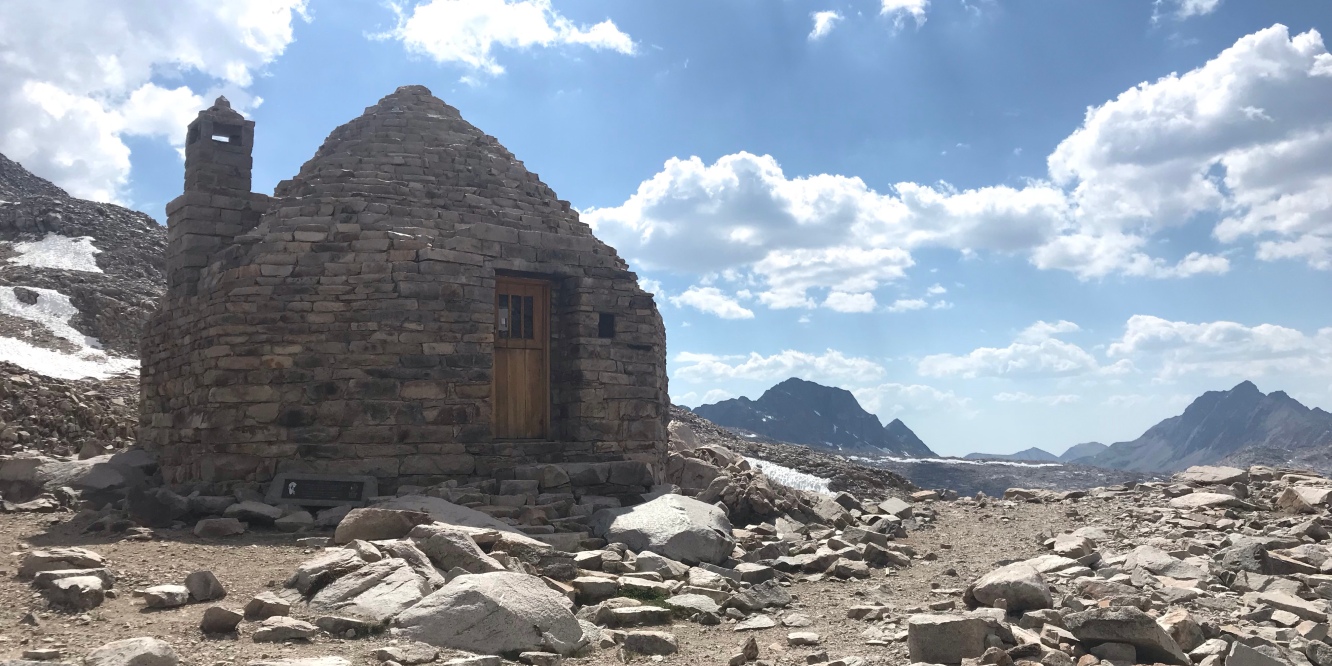 We slept in this morning till 6 and headed out close to 7. We had a full day in front of us, 25 miles up and over the John Muir pass. We were told by a couple people that this was a hard pass and we were ready for it.

The morning started out with 8 miles of downhill. Planner and I’s now favorite since we usually fly. We also had a wonderful clear sky sunrise.

The trail led us back down into the forest with gushing water and then surprisingly into an area that had been burned by a past wild fire.

Planner and I were hopping over and under trees again for this part.

The trail was, like the past week, showing an incredible scenery. This time with big waterfalls and rivers.

We had the most river crossings today it felt like and we were so thankful for the low snow so that we could bound easily from rock to rock. Typically this can cause a lot of anxiety for thru hikers and some times they have to spend the night right before the crossing and cross in the morning when it is lower. It’s been such a different experience for us and I’m happy for it!

This is my favorite crossing today. They had laid out these huge rocks perfectly spaced apart and I flew across them jamming to music. So. Much. Fun. Sometimes it’s easier to just not think about it but to zone in and go fast.

After the 8 mile decent, we then had 10 miles of up to get over the John Muir pass. For Planner and I, it wasn’t as difficult as we thought it was going to be. Probably because we allowed for many breaks in between. Slow and steady.

Once we were 1.5 from the summit we landed at Helen lake and had planned on getting in the entire way up but decided against it once there. It was now windy and cold and the thought of getting back out was less than appealing. So we stopped for a quick break and trudge on.

The John Muir pass had one of the coolest shelters on top compared to the others. It was actually a shelter that one could stay safe in if they were caught in a storm! I’m surprised each pass doesn’t have one of these!

After that, we had 5 miles to our camp spot.

The trail was incredible. I know I continuously say this… but it is.

I found myself getting water by a lake and just sat for a while. Embracing the calmness and peace that you get from a shining sun and soft waves of the lake.

I then walked slowly to camp taking it all in. I knew I was going to arrive early to camp so I wasn’t in any rush.

I eventually made it to site at 6:30. Optimal time to stretch, wash off, set up, and eat food before heading to bed.

We are at one of the best spots yet. Next to a lake and wonderful mountains. Can’t ask for much more.