Saturday for trail days was a blast. The parade was motivating and the outfits… Hilariously awesome. 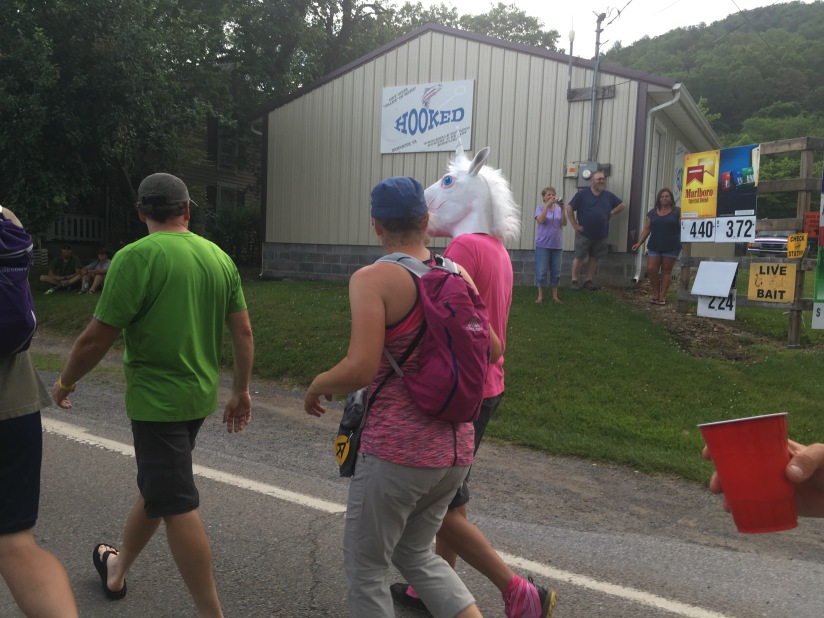 They had each class stand together and walk through. Our class was last. We were by far the biggest group. It was hysterical walking through the streets because the big game is that people watching us spray us with water because ya know…. Us hikers stink. It was so cute to see the little kids get so into it and some hikers brought water guns to shoot back at them. (how did I not know?!)

Midway rain started pouring down. I thought it couldn’t have been any more fitting. Our class has had so much rain but we still truck through. So it down poured while we marched on in the parade. None of us cared. Actually.. It just made us hoop and holla more.

Sunday young Gandalf and I got breakfast at the wonderful Mojos ( where I went three times over the past couple days, their cinnamon rolls are to die for!!!!!) 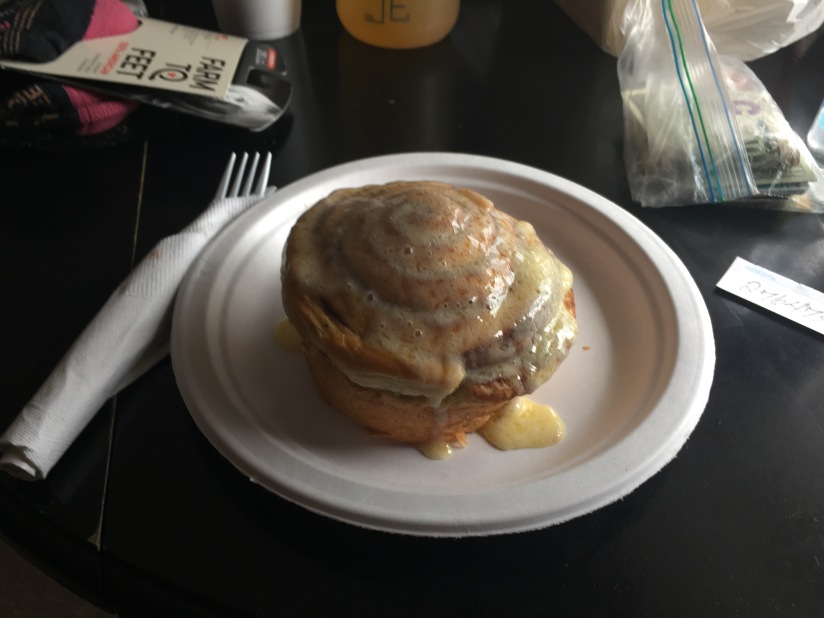 and then us and planner hitched a ride back to Pearisburg… I was exhausted. Planner had a couple nights in a nearby town with her boyfriend and was well rested and ready to go.

I had stayed up pretty late every night. And needed a good nights rest.

Planner went on and we planned to meet today.

It was difficult getting up this morning… Like. Really difficult. I was snug in a bed at a hotel in Pearisburg and it felt like it was a warm safe haven.

But I knew I had to get up. I had to catch up to planner like I said I would.

Once I got back on the trail though… I felt awesome. It felt so good to be hiking and moving again. I felt like I was flying!

I made great time and met up with Planner in the evening.

It was nice to be reunited. We both agreed it felt weird to not hike together for at least a little bit in the day.

Oh yeaH….. My trail name is now Brown Suga.  There aren’t too many brown people out here…and… Ya know.. I’m sweet 😂 I’m currently trying to think what I can name Ozzy to go with me.