Today we had planned for 10 miles to get us to Reeds Gap.

Planner is from North Carolina and wanted to have her parents come with us to the Devils Backbone Brewery.

(A Brewery that we have heard from just about everyone that we need to go to).

I was more than thrilled to have them come with us. They were so sweet when I met then for a short time in Damascus.

The timing was perfect. We arrived and Planners parents were waiting with smiles and snacks for us.

They didn’t seem to be offended by our stink. It was nice. 😊

This was quite the brewery. 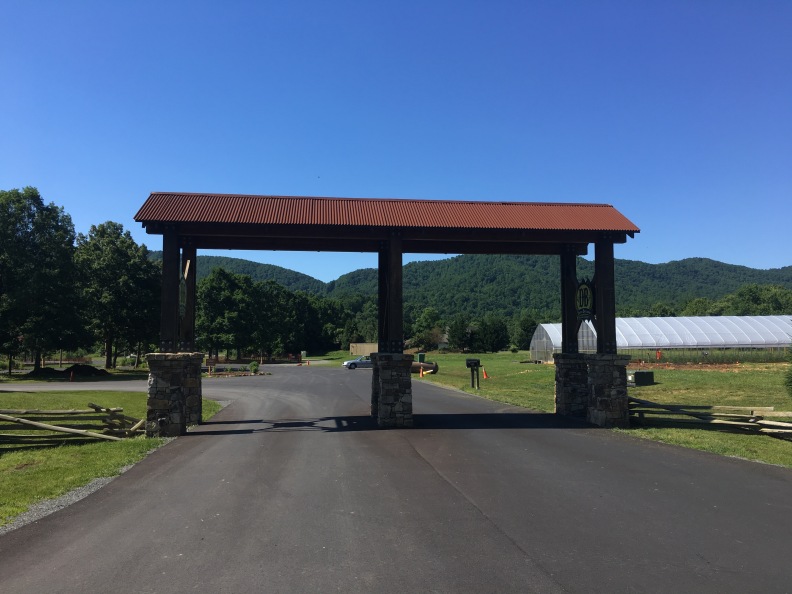 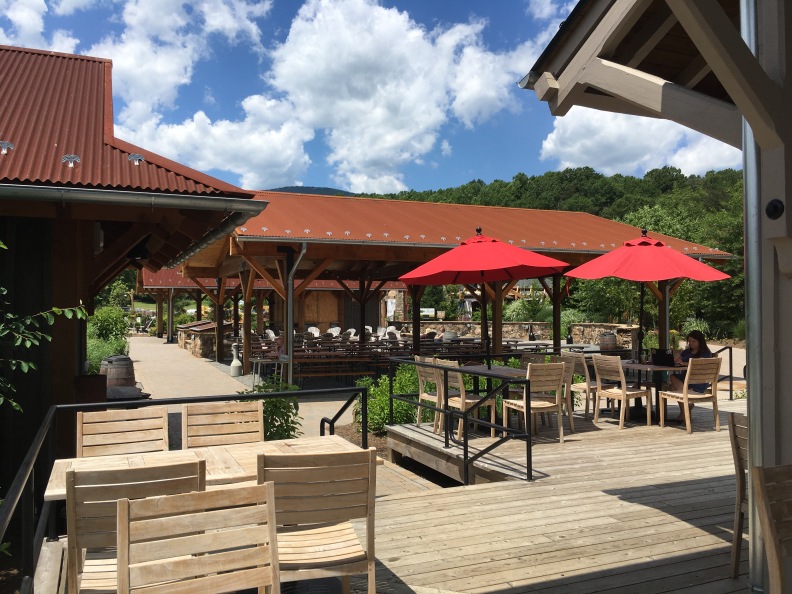 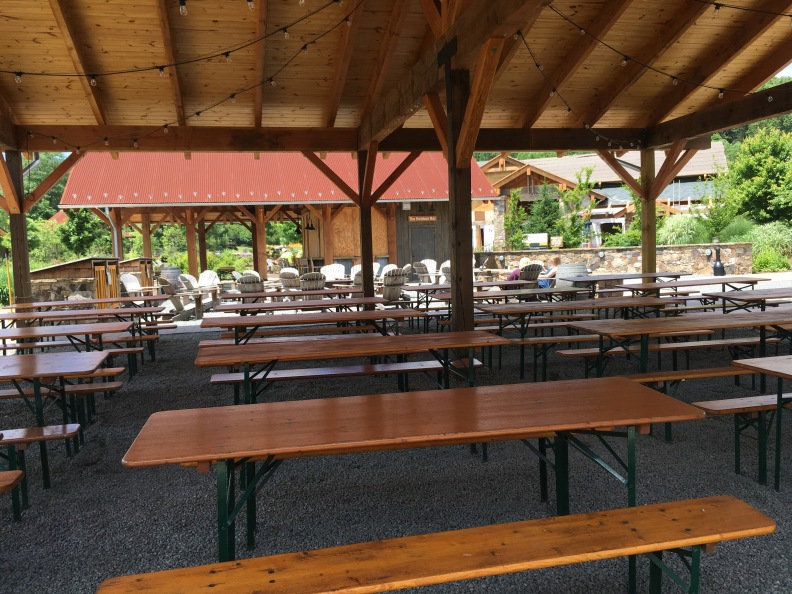 So we “checked in” and found out where we could camp. In a field not too far away…for FREE.

We set up our tents while planners parents went to have lunch.

We joined them later and were dying for a cold drink.

We both got different flights so that we both could taste a wider variety of their beers.

Most of them were delicious. But a few made me squinty eye with puckered lips, and  shake my head violently.

We finished up and Planners parents were our own trail angels and took us goodwill to switch out some of our cold gear and for me to get a light weight dress for town.

Then they took us to a laundry mat. 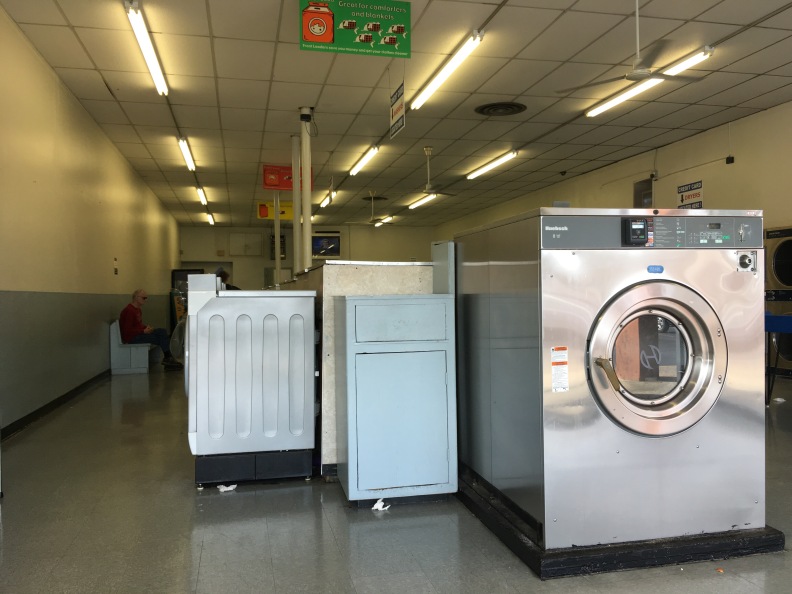 I have never been so excited to wash my clothes before. They were s.t.I.n.k.y.

Then we headed back to the brewery for dinner.

I was, like usual, craving a burger, fries, and beer. This place did not disappoint. I went with the Trail Angel Weiss beer. It was perfect.

I had a full full belly.

We then said goodbye to Planners wonderful parents and were ready for bed.

This morning we walked to the brewery to get a 5 dollar hiker breakfast.

I mean. How can you turn that down?

They also have us free stuff…

We then hung around and waited for them to give us a ride at 10. It was a nice morning so I was not complaining, plus I was able to face time my parents which always leaves me elated.

We set out around 10:20 and planned to do 19 miles to get us into Waynesboro, VA. So we needed to stay on it to make sure we didn’t get in too late.

I felt like wonder woman. I don’t know if it was the burger. Or maybe the breakfast. Possibly the coffee I inhaled. Orrrrr it could of even been the face timing with my parents.

It was a fantastic feeling.

I made it to the gap where we were going to try for a hitch around 5:25 Pm.

Way. Way. earlier than I thought I would arrive.

I sat and waited for planner and in the meantime talked to an older gentleman named Honey Bear. We both laughed at each others trail name and thought we went together nicely.

We got a ride from a “trail angel” (this town is supposed to be one of the friendliest to hikers) and landed at the Grace Lutheran church. They had a donation only hostel. And let me tell you.

It is once if the best places I have stayed at. Especially for being donation only.

They had us check in and take our pictures. 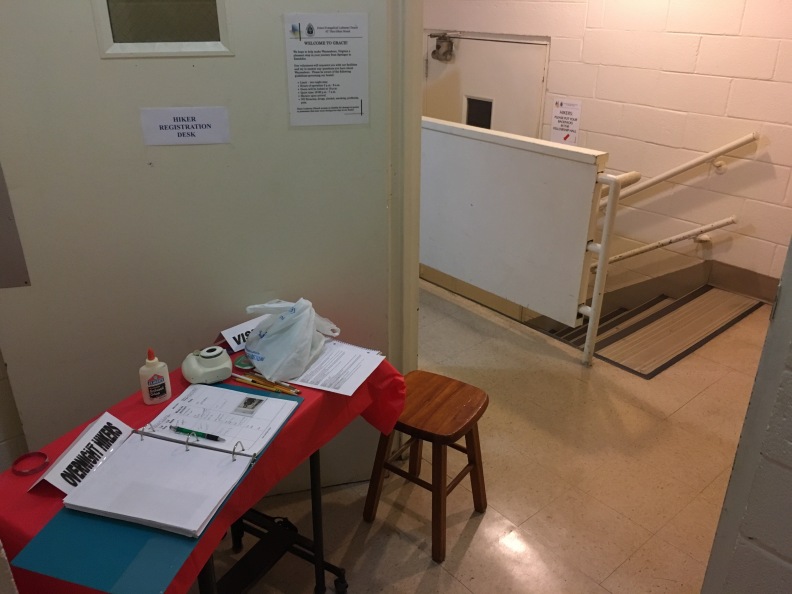 In the main area were cots we could use to sleep on.

Most importantly they had HOT showers and towels. That’s what places never have! They have been so so so friendly. I want to stay here forever. 😉

I took a very long shower. It was magical.

Another place we have heard of for a while was the Chinese buffet in Waynesboro. It was supposed to be the best one ever.

So naturally we had to try it.

My oh my oh my. It was huge. It was delicious. They had sushi. They had it all. 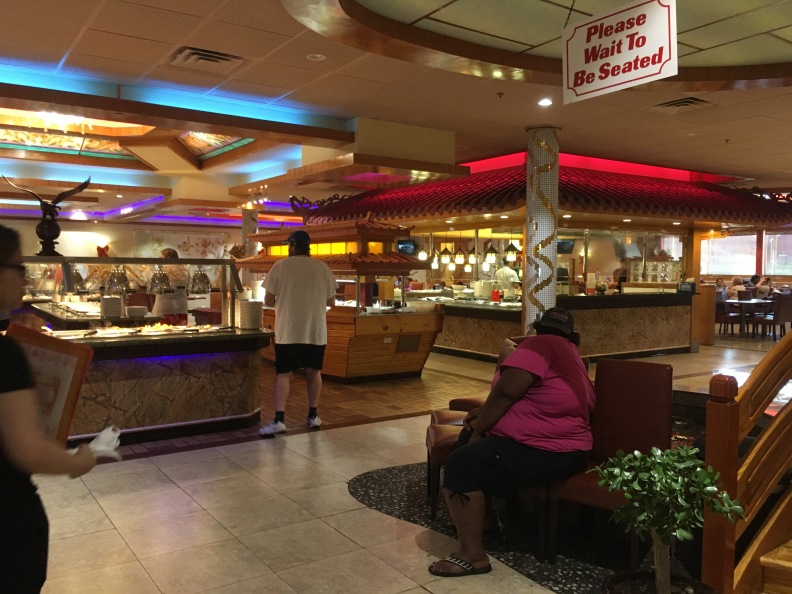 My mouth was watery as I had purposely ate less today so I could consume an unhealthy amount of food at the buffet. 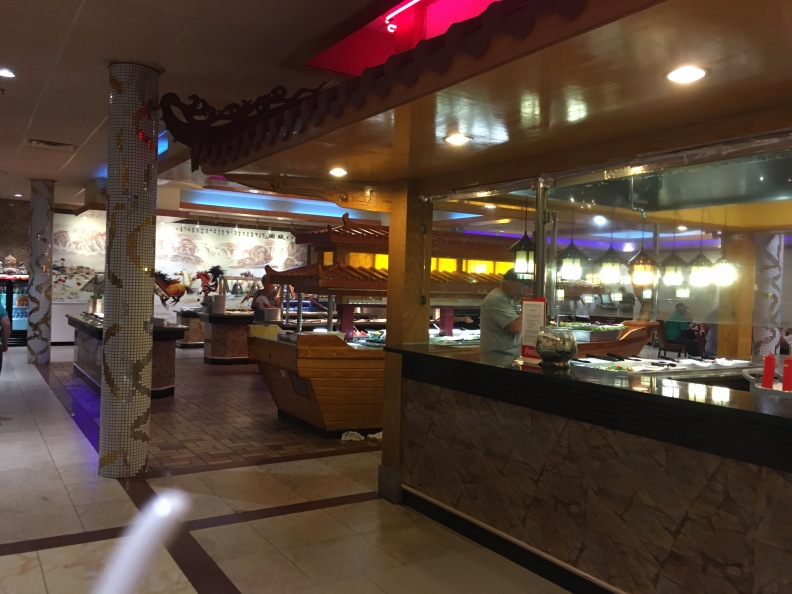 I was not let down.

We resupplied on food and now are laying in our cots and the lights are about to be turned off.

A solid day and will head out tomorrow. Planner and I don’t feel ready for a zero just yet. We plan to when we reach halfway.

HALFWAY!!!! Its just around the corner can you believe it?!?!?